“Waterlouvre” Presents: A Night at the Museum 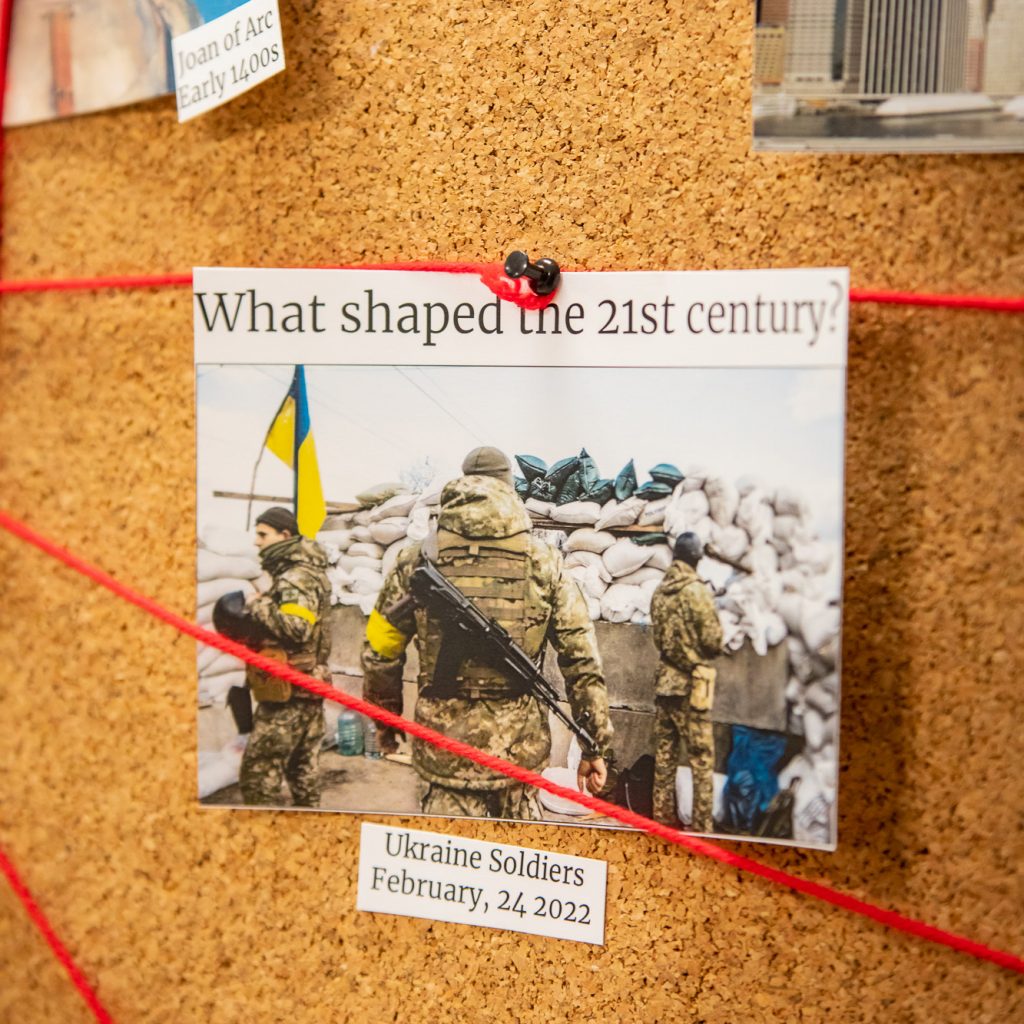 Our spring term began the same week Russia began a military campaign to “deNazify” its neighbor Ukraine. How did it come to this? That’s why we study history.

At Waterloo, students explore the world through project-based learning. Each class presents a unique combination of subject matter and disciplines designed to help students engage and understand what’s going on here and now. At the conclusion of each trimester, they share their learnings and accomplishments with the community through a student showcase event.

“What I learned from this is don’t underestimate something. Come into it with a mindset of, ‘I’m going to have to work hard for this.’ I have to learn and I have to explore when I want to create something.”

On May 24, our students took to the halls of the “Waterlouvre” to present a museum-style showcase event. Friends, family, and community members enjoyed an evening of incredible original exhibits, docents, hors d’oeuvre, and panel discussions.

Before entering the exhibit, guests first encountered a corkboard set up with photos, notes, and questions interconnected with red yarn. The display was fun but also offered an insightful glimpse into the high-school mind. Why did these historical events happen? How did we get here? As grown adults, we still struggle to connect the dots between headlines and history.

Several Waterloo classes created unique original museum exhibits to answer these big questions. The content of these displays started in the modern-day and worked its way 500 years backward in time, concluding in the Renaissance.

“With the rise of China and reinvigoration of tensions between Russia and NATO, the world faces new pressure between global hegemons.”

“During the beginning of the 20th century, humanity continued to create and protect beauty despite the devastation of two world wars, genocide, and an international depression.”

“The Enlightenment philosophy of individual rights and government by social contract prompted revolutions in art, politics, and society, leading to modern western notions of democracy.

“We had to communicate with other groups and within our group. We had a lot of struggles with that communication, but we got better because we realized the problems we faced and purposely overcommunicated.”

“The Renaissance not only marked the rebirth of Greek and Roman culture but also set the stage for the modern world.”

“Even though the renaissance occurred after the Black Death, it showed how pain and suffering be one of the best motivators for good art.”

At one end of the “Waterlouvre” exhibit hall, students showcase two miniature model communities demonstrating the history of ideas and ideals. To create their communal utopia, the students got to pick and choose elements of past cultures, governments, and town layouts.

“I created the government system for our civilization, and I wasn’t aware of how hard it would be to create one without a blueprint. So, we used the blueprint we already had — Roman republic with an Athenian democracy —I would be hard-pressed to create a civilization without any help from the outside world.”

In addition to the museum’s primary history display, several groups showcased several notable projects from the past year.