Learning how to fail 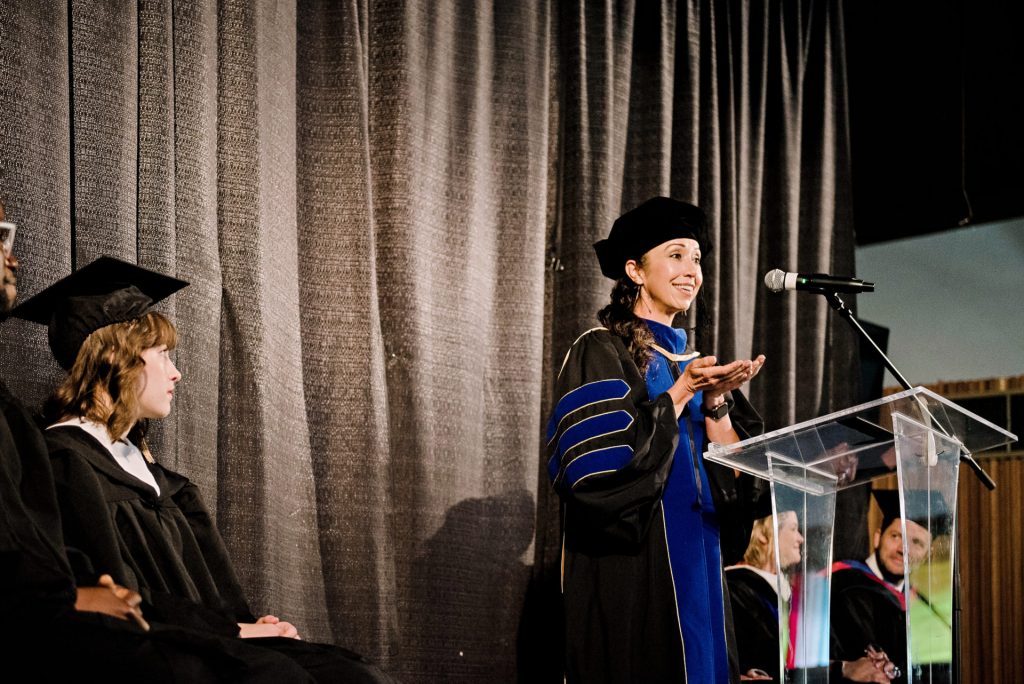 I was in Atlanta recently at an education conference and a colleague who I’d not seen since we had started Waterloo wanted an update on how we were doing. Being an educator he asked an important question, “How do you know what you are doing is working?”

So I shared with him one of the proudest moments I have ever had as an educator. It was last spring, when both our Valedictorian and the Salutatorian speakers thanked Waterloo for this: helping them learn how to fail.

Full disclosure (but probably not a big surprise): neither of them failed a course. These two young women are highly motivated, highly accomplished, highly engaged students—the kind who do all they can to succeed. One is now studying Chemistry at Furman University in South Carolina; the other is studying Engineering at the Air Force Academy (and playing soccer) in Colorado.

But that high engagement also meant that, in the artificial world of academics, they had not failed much, and they certainly had not learned how to do it well. Perhaps they failed a quiz or an assignment somewhere along the way, but it would have been so low stakes that it did not matter much as failure.

But outside of the artificial world of academics, failure is not just for those on the bottom of a grade distribution list—it’s an essential part of life and learning! Who has not learned far more in life from your failures than from your successes?

I had a graduate school classmate in Ireland who hypothesized that the difference between an Irish entrepreneur and an American one is that when their businesses invariably failed, the Irishman would spend the rest of his life drinking in the pub and bragging to others about “what could have been!”, while the American would file bankruptcy and have a new business idea in the works by the following week.

A colorful self-denigrating contrast of cultures, perhaps, but note what it assumes: best efforts fail. Will we learn from our failures? Will we keep from being derailed by them? Will we separate failure (or success) from our identity? Will we ‘fail forward’?

The truth is we struggle to do any of those things without healthy practice, and school has come to do a horrible job of helping kids practice failure. We grade failures with ruthless numerical accuracy. We record them in our official record. And we make sure that ‘lessons learned’ aside, the damage of any failure will be calculated into everything they do going forward. You do not overcome failure in school—you learn to live with it dragging you down.

Which means schools aren’t just missing the opportunity to teach students how to fail—we are actually teach them to view failure in the most inaccurate, damaging way: as a thing to be avoided, a thing you simply cannot, must not, shall not in any circumstances do.

So, when our two strongest students each said how grateful they were that we helped them learn how to fail—and shared it in a formal public address, no less—it made us proud. It meant that our approach to learning is working. Learning-by-doing; through projects; with real-world audiences; using clear, concise, helpful feedback; and with a deep commitment to a healthy, personal process—this makes room for trying things they don’t know how to do. It makes room for investigating without the stigma of ‘dumb’ questions, suggesting wrong ideas, making useless solutions—it makes room for a mindset freed from the anxiety that fear of failure gives even those who successfully avoid failing.

Fear of failure in academics affects students in different ways. To the highly driven, anxiety and depression. To the timid or insecure, withdrawal from ever trying too hard. To those not motivated by academics, confirmation that it isn’t worth it anyway. Freedom to fail, on the other hand, is freedom to start growing in unexpected, beautiful ways.

If you know anyone in Austin who is looking for a school like Waterloo, share this with them, connect them with us—we’d be honored: we’re looking for kids ready for the freedom our first graduates thanked us for giving them.

Prior to becoming the director of Waterloo School, Craig provided leadership for a number of prominent institutions, including Regents School of Austin; the Bluetower Arts Foundation in Eugene, OR; and Trinity School in Raleigh, NC. Craig holds a master’s degree in English from the University of Ireland and graduated from the University of Oregon with a bachelor’s degree in English.